Beautiful Places to get married in Portugal 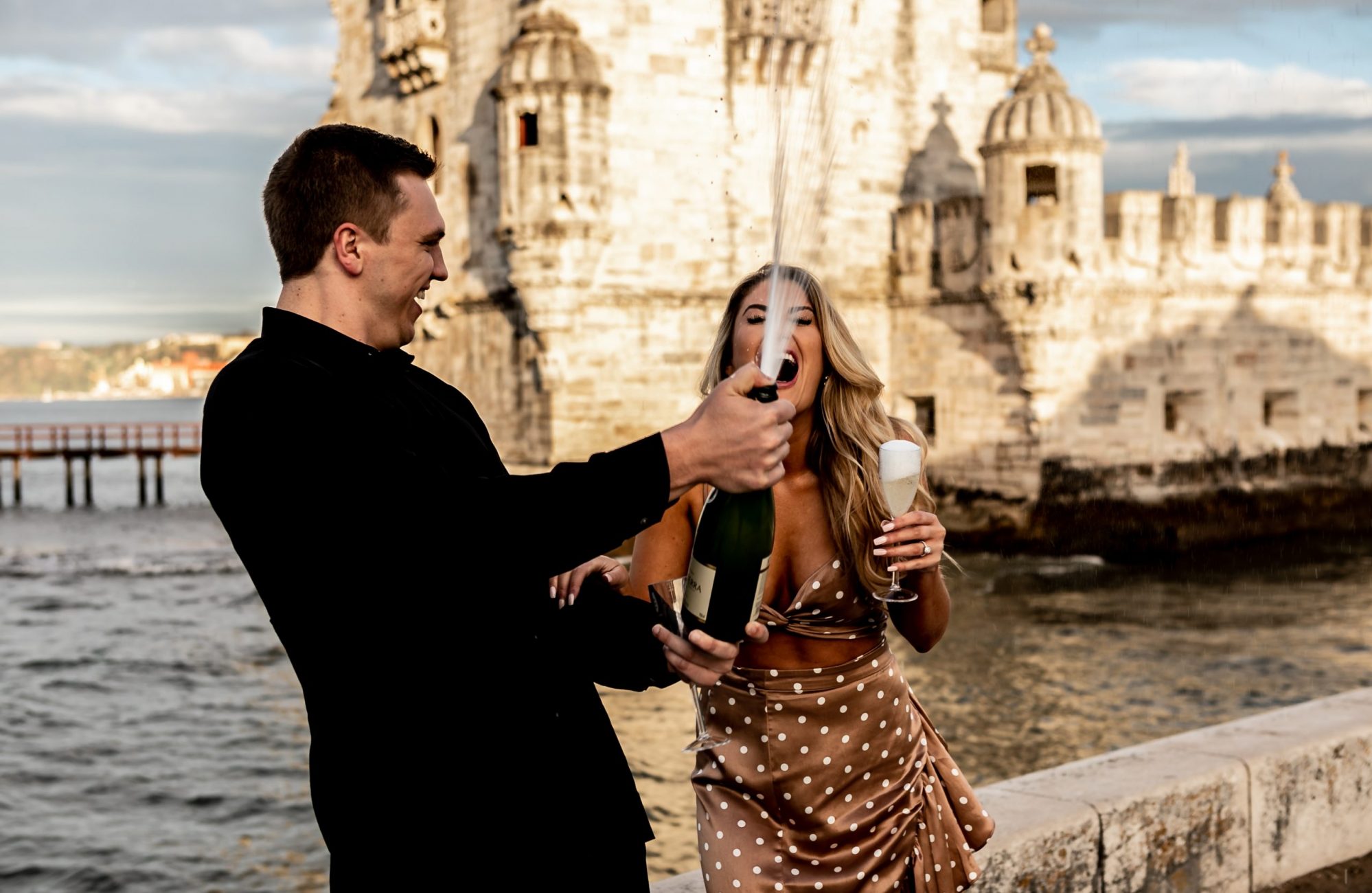 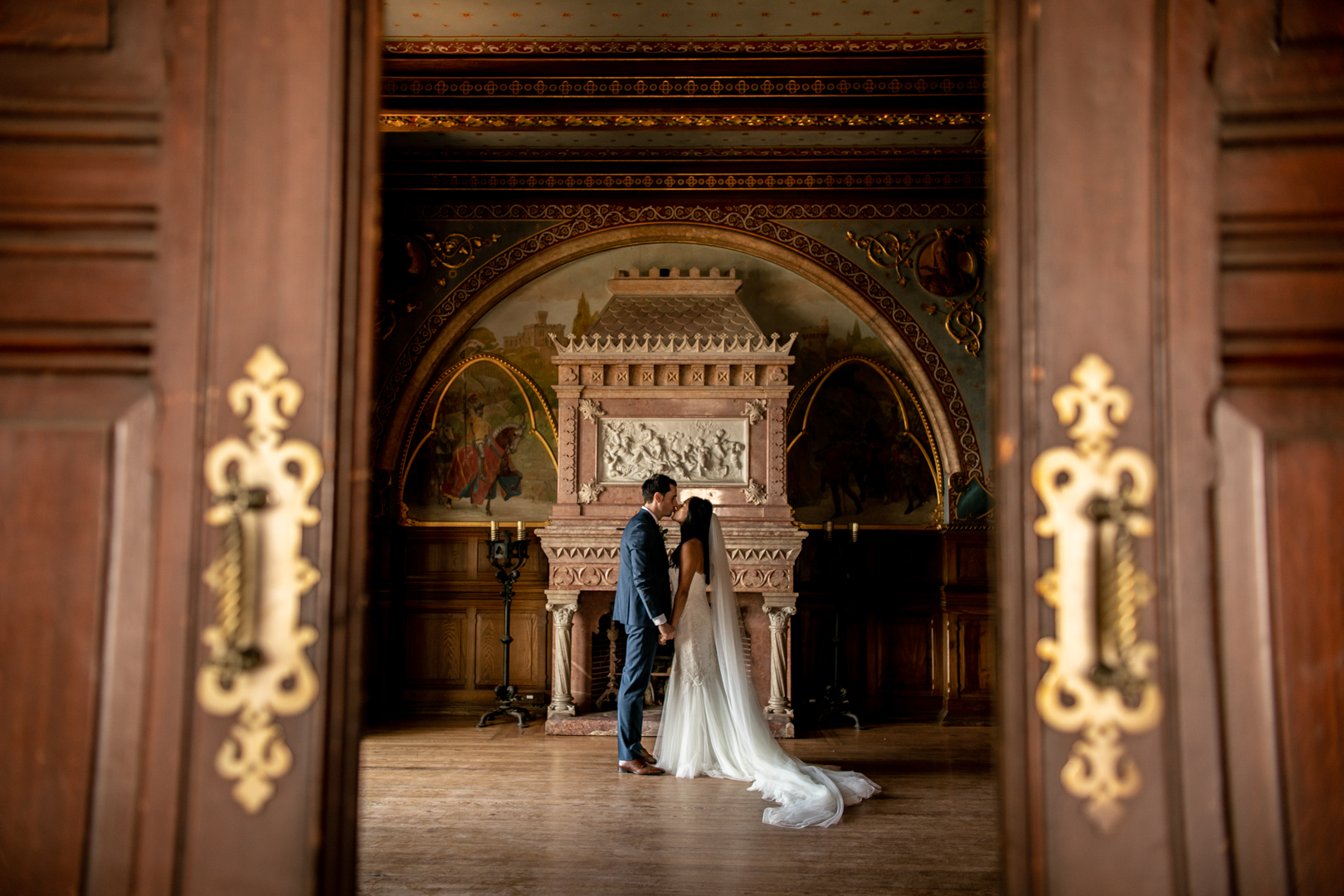 beautiful places to get married in portugal: get inspired

Here am I again. :) Today I selected some photos from weddings I photographed in the past year.

I thought it was a great inspiration to everyone who are planning their weddings, especially in Portugal. I love to be a wedding photographer in a beautiful country such as Portugal, the weather and great food are just one of the reasons. Have you seen the wonderful wedding venues, castles, palaces, nature, beaches, mountains we have here? Check this out! 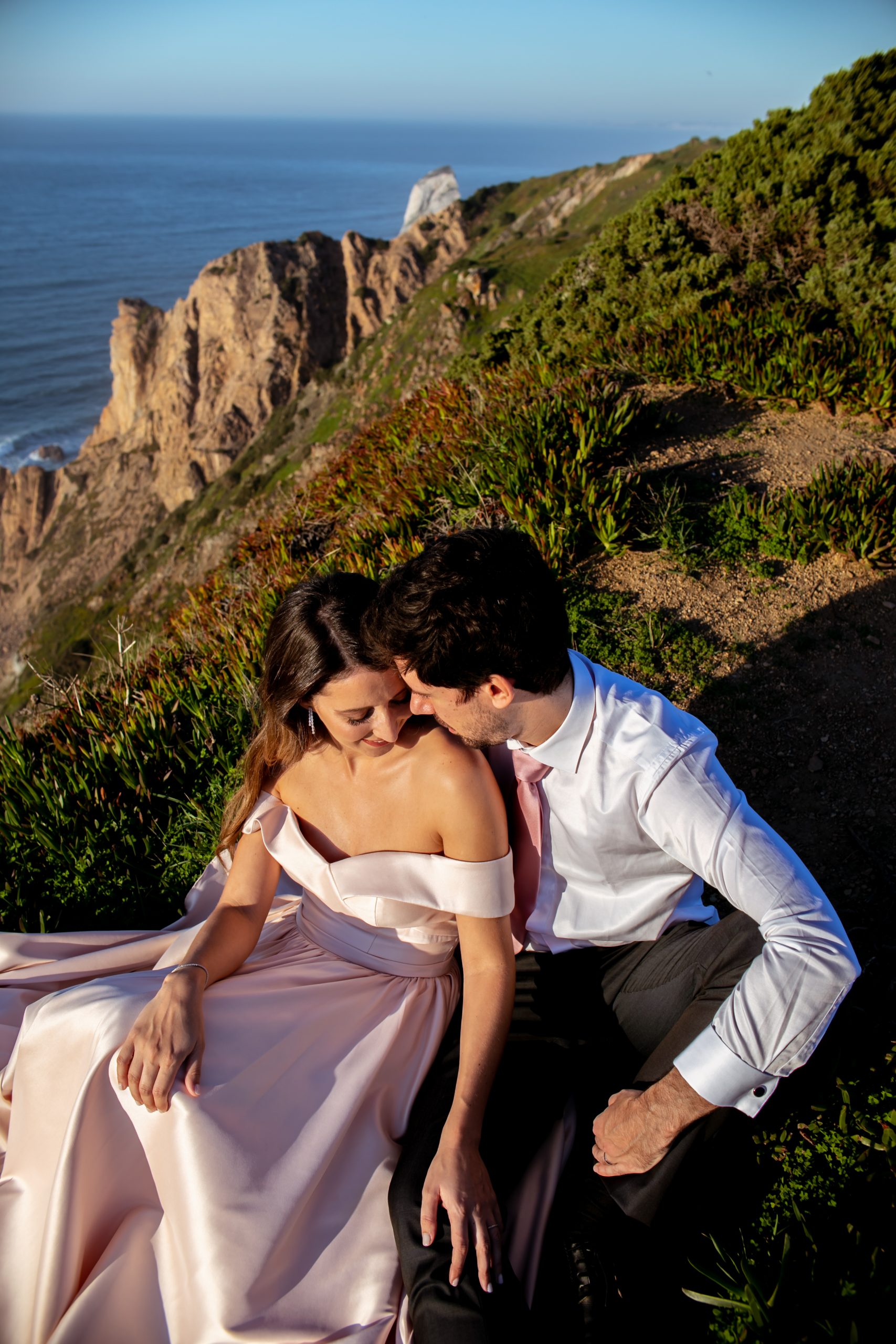 Located at latitude 38º 47´north and longitude 9º 30´west, Cabo da Roca is an is the most westerly point of mainland Europe. Around 150 metres above the sea, here you can have a panoramic view over the Serra de Sintra and the coast, which makes it worth the visit.

If you are planning an Elopement, this place is magical and breath taking with the most romantic sunset and sea + rocks view! 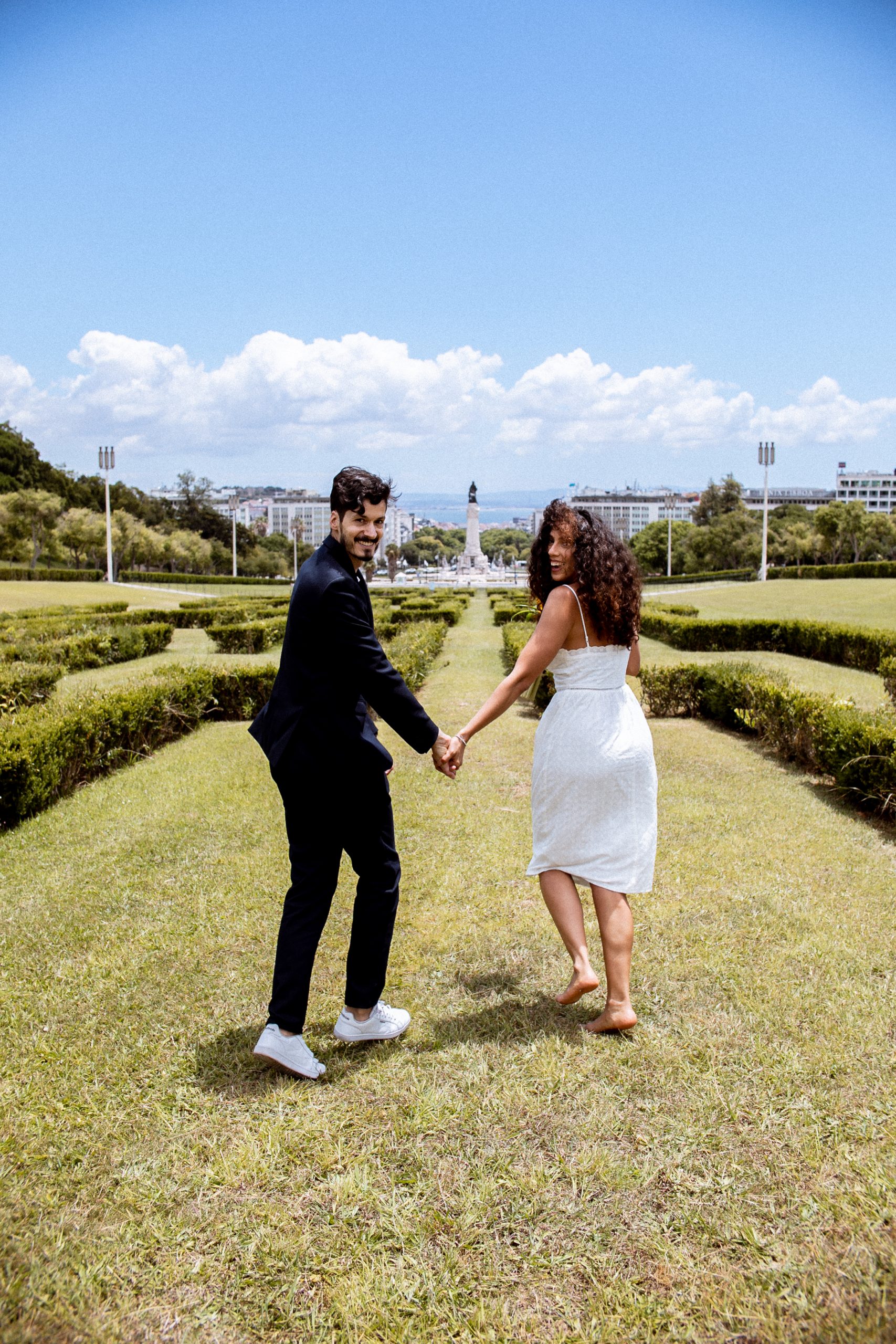 Named after Britain's Edward VII, who visited the city in 1903 to reaffirm the Anglo-Portuguese alliance, this is the largest park in central Lisbon. With neatly clipped box hedging flanked by mosaic patterned walkways, it stretches uphill from Marquês de Pombal Square to a belvedere at the top with fine views. If you are up to a panoramic view near the city centre, this is the place to have a romantic + fun photo shooting! 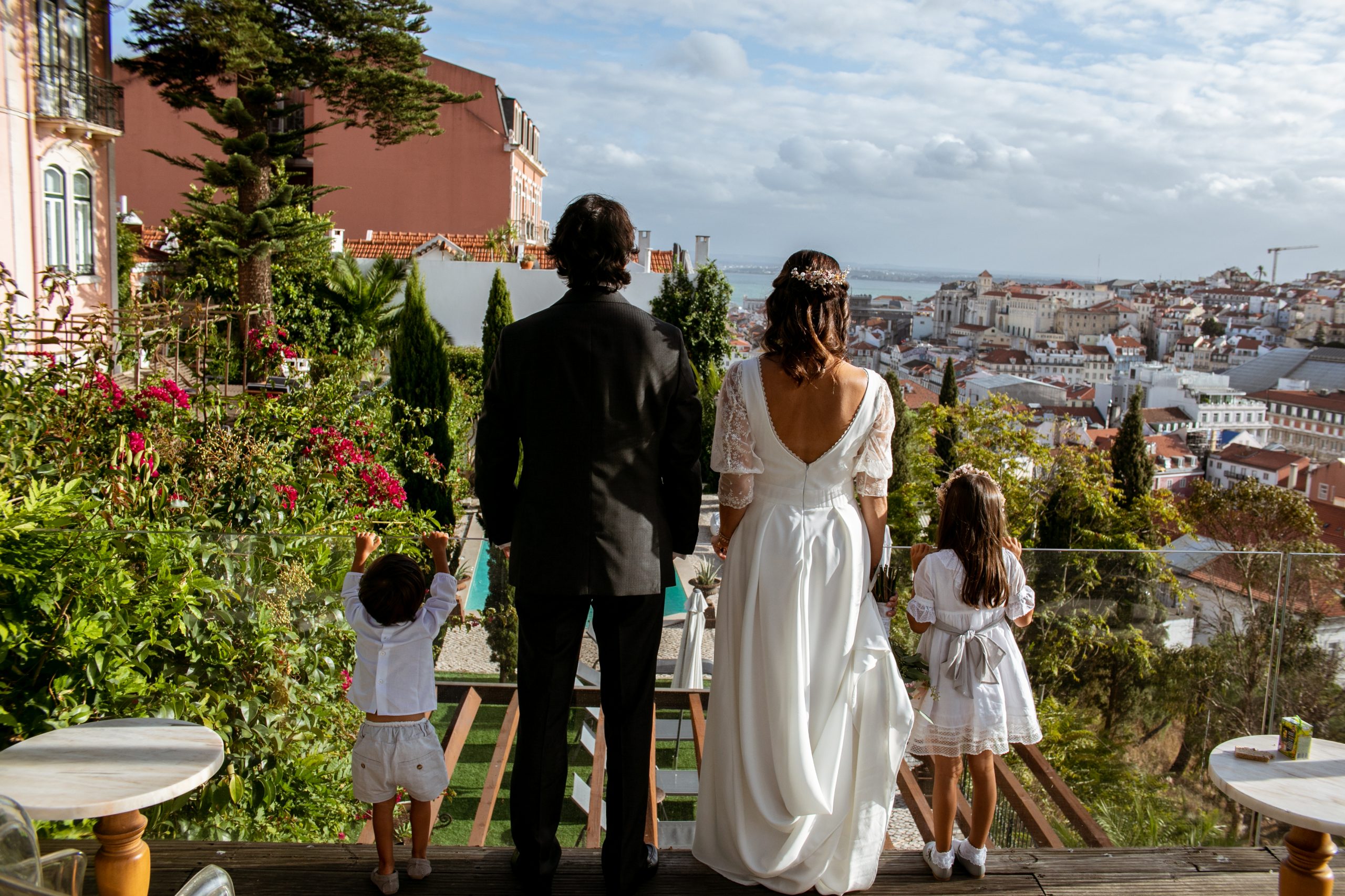 Lisbon is known for its hills, each hill comes with a stunning view. The terracota rooftops plus the blue river and green trees is the perfect colour pallet for your wedding or photo shoot. For those couples who wants something intimate such as an elopement wedding, one of my favourite hotels is Torel Palace, elegant design and stunning views. 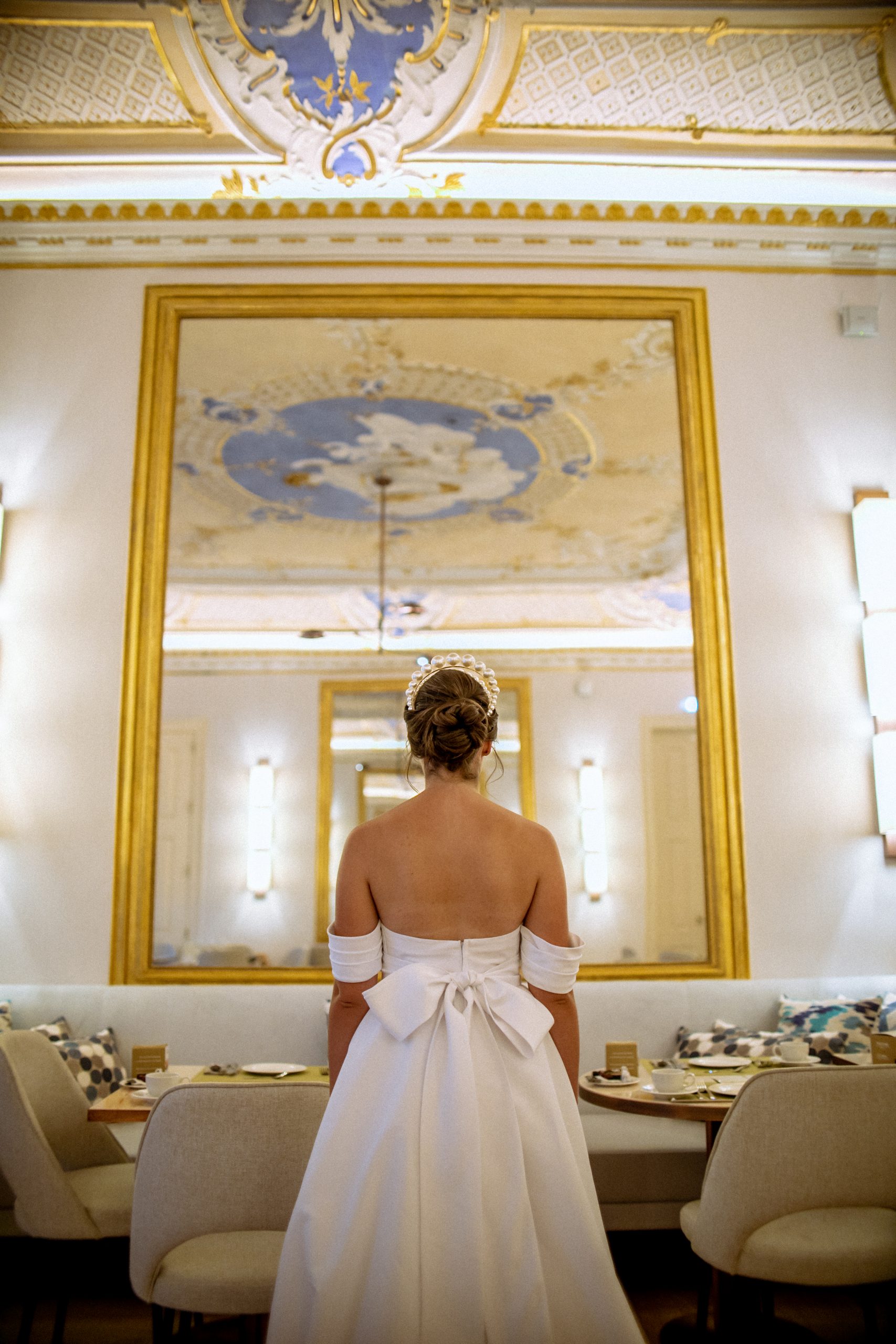 The one - palácio da anunciada

The One Palácio da Anunciada comes to the city as a unique and exclusive 5* hotel keeping all the history of the original 16th-century original building and an elegant, contemporary interior design. The project has been developed by the award-winning designer Jaime Beriestain, who has sought the perfect balance between the structure’s tradition of the original Palácio da Anunciada and the contrast in the design and comfort of each of its spaces. It is a perfect place to plan an Elopement or Micro wedding. It is located near Rossio Square, in the city centre. I photographed Gabriela and Rodrigo's elopement there, and it was just like a dream come true. 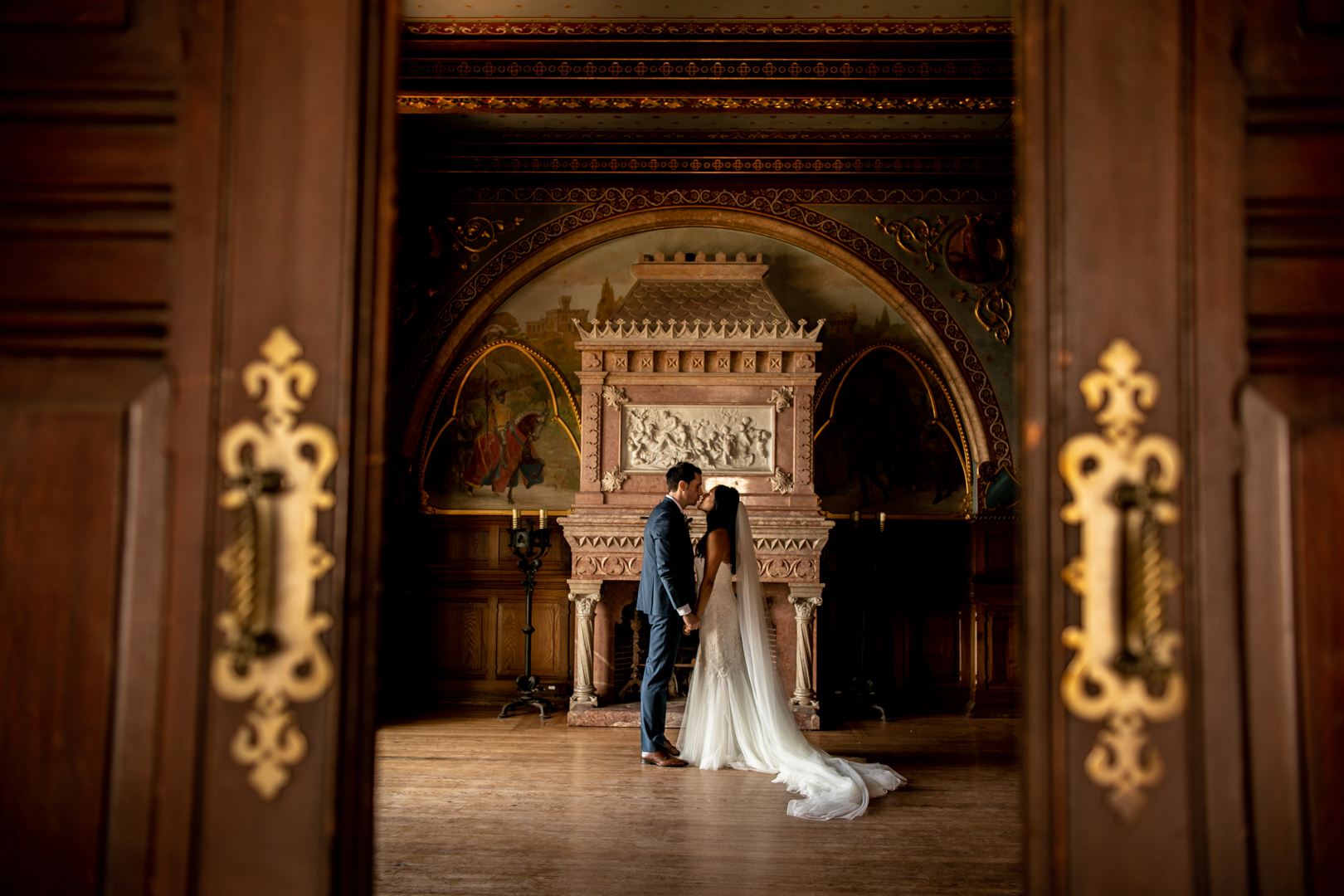 What can I say about Forte da Cruz? It look like a Walt Disney fairy tale palace with a sea front view. Just one of my favourite places to photograph big weddings. Located in the heart of Estoril, with a stunning view over the sea,

Ideal for all types of events, this charming place has a capacity for 110 guests inside and up to 500 guests on the terrace facing the ocean. 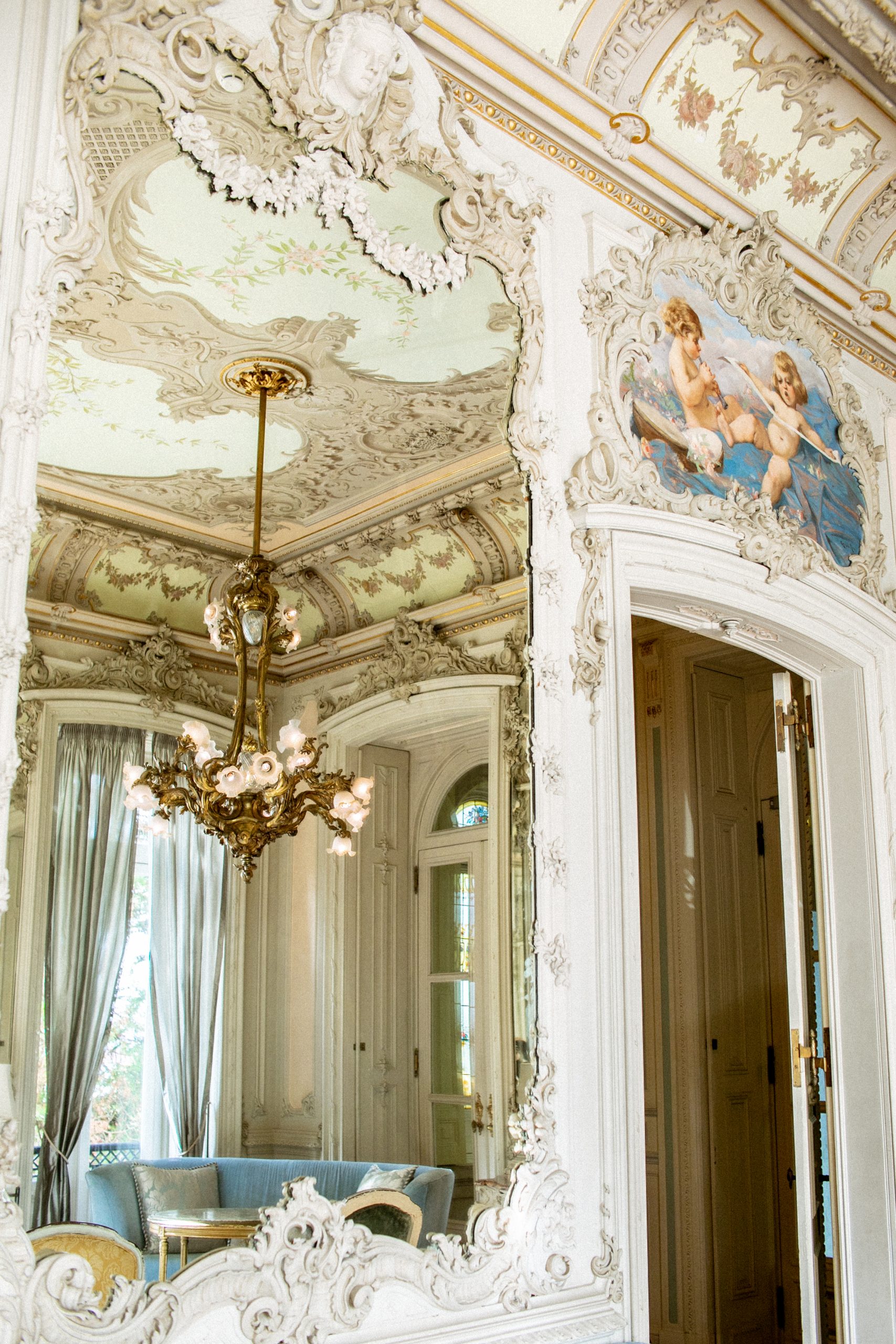 Pestana Palace is a luxury hotel in Lisbon, Portugal, in the Alcântara district. Housed in the historic Palácio Vale Flor, Pestana Palace is the flagship luxury hotel of the Pestana Group, one of Portugal's premier hotel groups. It is a member of The Leading Hotels of the World. The initial design of the palace was done by Italian architect Nicola Bigaglia, who led works on the project until 1908, when prominent Portuguese architect José Ferreira da Costa took over the project until its completion in 1910. Numerous details throughout the palace are attributed to famed architect Miguel Ventura Terra.

After the palace's construction, an extensive interior decoration campaign was executed between 1910 and 1915, under the auspices of designers Constantino Fernandes, Carlos Reis e Eugénio Cotrim. Romantic and dreamy, you will feel like you are part of royalty.